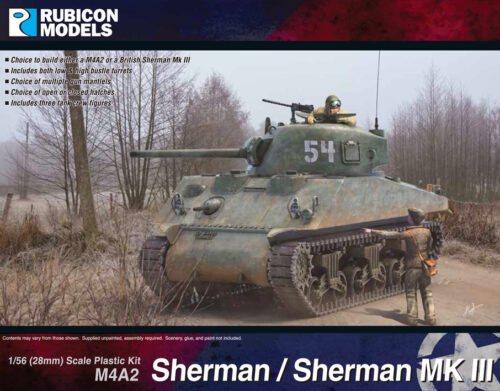 Product Highlights:
– Choice to build either a standard M4A2 or a British Sherman Mk III

– Open or closed hatches for hull and turret