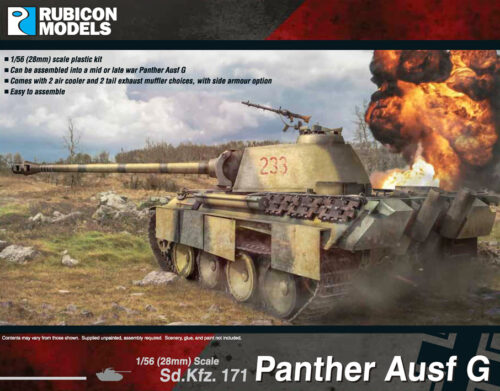 14 in stock (can be backordered)

This model kit depicts the late version of the Panther tank.  About 3,000 were produced between March 1944 and April 1945.  With this kit, you can assemble a Panther Ausf G with optional air cooler and rear exhaust choices, with or without side armour.