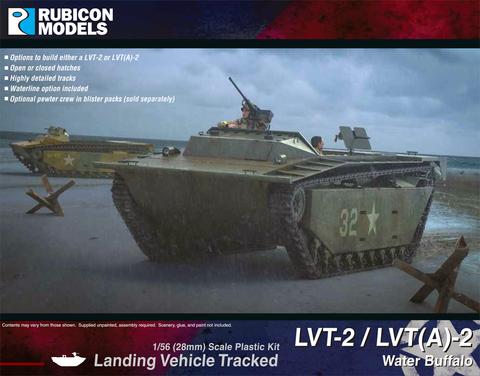 The LVT-2 Water Buffalo (British designation Buffalo II) was an improved LVT-1 featuring a new powertrain (using the same M3A1 light tank engine to save time and to simplify production) and a rubber “torsilastic” suspension. The aluminum track grousers were bolted on, making changes much easier since they wore out quickly on land and even more so on coral. Hard terrain performance was much better compared to the LVT-1. 2,962 units were produced.

The LVT(A)-2 was an armored version of the LVT-2 with additional armour plating to the driver’s cab and the rest of the hull. By 1944, shields were added to protect the front gunners. 450 units were produced.