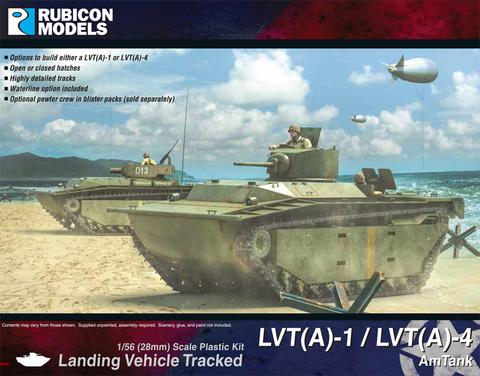 As early as January 1940, Roebling had prepared preliminary sketches of an LVT with a gun turret to provide fire support to the landing waves. In June 1941, USMC recommended development of an LVT armed with a 37mm gun and three 0.50 cal machine guns. Development was slow and ultimately involved a complete redesign of the LVT, the LVT-2 Buffalo. Armored versions were introduced as well as fire support versions, dubbed AmTanks, which were fitted with turrets from Stuart series light tanks (LVT(A)-1) and Howitzer Motor Carriage M8s (LVT(A)-4). A total of 509 LVT(A)-1 and 1,890 LVT(A)-4 were produced.