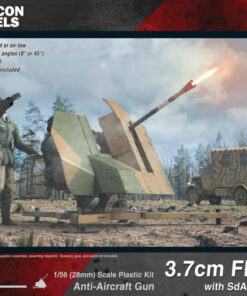 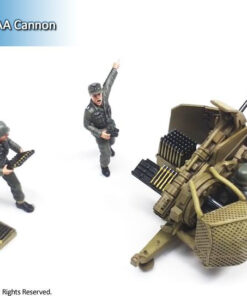 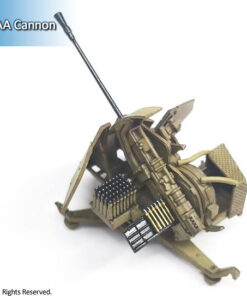 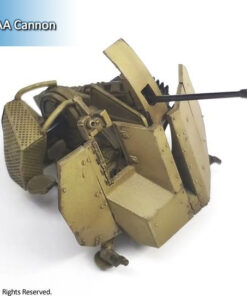 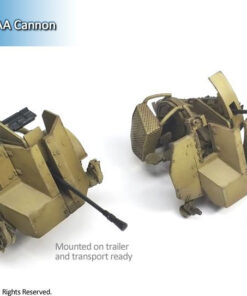 The 3.7cm FlaK 18/36/37/43 was a series of anti-aircraft cannon produced by Germany that saw widespread service in the Second World War. The cannon was fully automatic and effective against aircraft flying at altitudes up to 4,200m. The cannon was produced in both towed and self-propelled versions. Having a flexible doctrine, the Germans used their anti-aircraft pieces in ground support roles where 37mm caliber guns were no exception.

The FlaK 18 was only produced in small numbers, and production had already ended in 1936. Development continued, focusing on a replacement of the existing cumbersome dual-axle mount with a lighter single-axle one. This resulted in a 3.7cm FlaK 36. A new simplified sighting system introduced the next year produced the otherwise-identical 3.7cm Flak 37. The Flak 36/37 were the most-produced variants of the weapon.

The 3.7cm FlaK 43 was a dramatic improvement over older models. A new gas-operated breech increased the practical firing rate while at the same time dropping in weight. It was also produced in a twin-gun mount, the 3.7cm Flakzwilling 43, although this version was considered somewhat unwieldy and top-heavy.

Many Flak 37s were mounted on the ubiquitous SdKfz 7 half-track vehicle designated as the SdKfz 7/2, or later the schwere Wehrmachtschlepper (sWS), but the newer Flak 43 was almost always used in a mobile mounting. Most famous of these were the converted Panzer IVs, first the “interim” Möbelwagen and later the Ostwind. Large-scale production did not start until 1944 and some 7,216 had been produced by the end of the war.