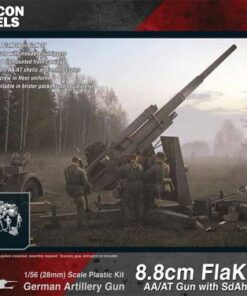 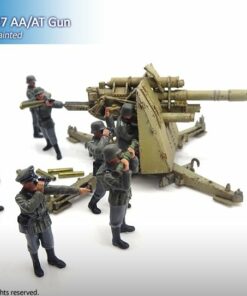 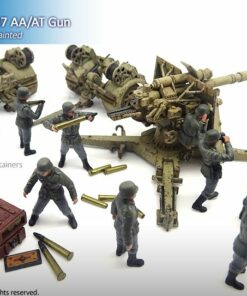 The 8.8cm FlaK 36/37 is a German 88mm anti-aircraft and anti-tank artillery gun from WW2 and was widely used by Germany throughout the war.

Officially they were designated the 8.8cm FlaK 18, the improved 8.8cm FlaK 36, and later the 8.8cm FlaK 37. FlaK is a contraction of German Flugzeugabwehrkanone meaning “aircraft-defense cannon”, the original purpose of the weapon. In English, “flak“ became a generic term for ground anti-aircraft fire. In informal use, the guns were universally known as the Acht-acht (“eight-eight”) by Germans and the “eighty-eight” by the Allies.

The versatile SdAh 202 carriage allowed the 8.8cm FlaK to be fired in a limited anti-tank mode when still on its wheels.
For normal emplacement, one single-axle bogie was detached from the front outrigger and one from the rear, side outriggers were then hinged from the vertical position to the ground; the total time to set up was estimated at two and a half minutes. Both modes of operation made the gun much more suitable for fast-moving operations, the basic concept of the blitzkrieg.

FlaK 36s were often fitted with an armoured shield that provided limited protection for the gunners. These shields could be retro-fitted on older Flak 18s as well. The weight of the gun meant that only large vehicles could move it, the SdKfz 7 half-track became a common prime mover.

Targeting indicators were attached from the central controller to each of the four guns of a battery, allowing for coordinated fire. With the automatic loading system, the gun layers’ job was to keep the gun barrel trained on the target area based on the signals from the controller. The loaders would keep the weapon fed with live ammunition which would fire immediately upon insertion — all while the gun layer aimed the weapon according to the data.

The later model was the FlaK 37 which included updated instrumentation to allow the gun layers to follow directions from the single director more easily.

The parts of the various versions of the guns were interchangeable, and it was not uncommon for various parts to be “mixed and matched” on a particular example. A total of 20,754 were produced.

14 in stock (can be backordered) 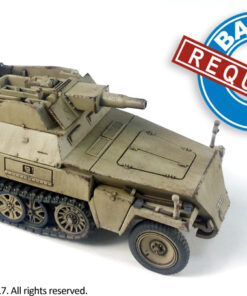 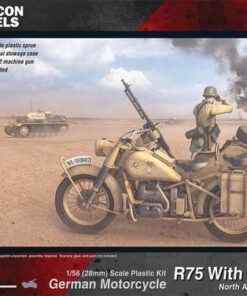 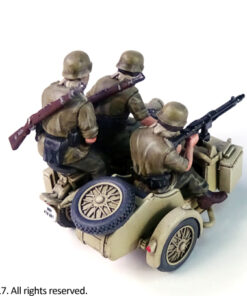