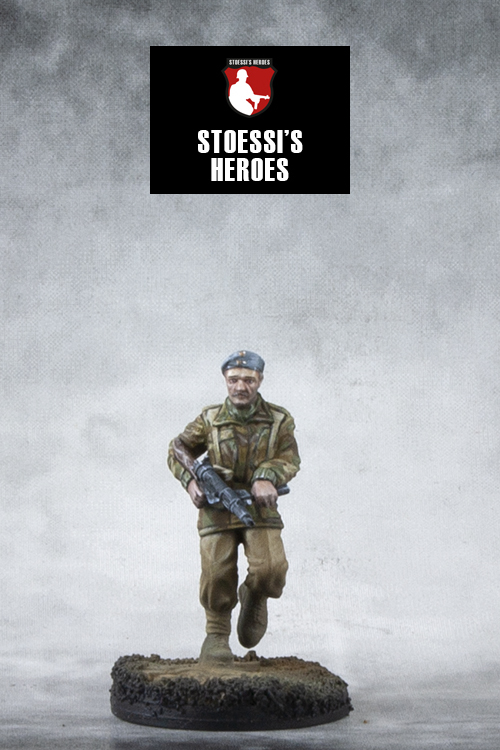 Polish 1st Independent Parachute Brigade General Major Stanislaw Sosabowski
Stanisław Sosabowski fought during Market Garden in 1944 as commander of the Polish 1st Independent Parachute Brigade.
He was portrayed by Gene Hackman in the 1977 war film A Bridge Too Far: “When one man says to another, “I know what let’s do today, let’s play the war game.”… everybody dies.”
Later in 1957 he said the following at the Committee of Polish Parachutists: “When jumping with a parachute, everyone is afraid. Do not believe those who say that they were not afraid. It is not true, and it would be unnatural.”

This miniature is cast in white metal* and shipped without a base.
Material: White Metal
# of parts: 4
Note: The miniature comes unpainted and requires assembly.