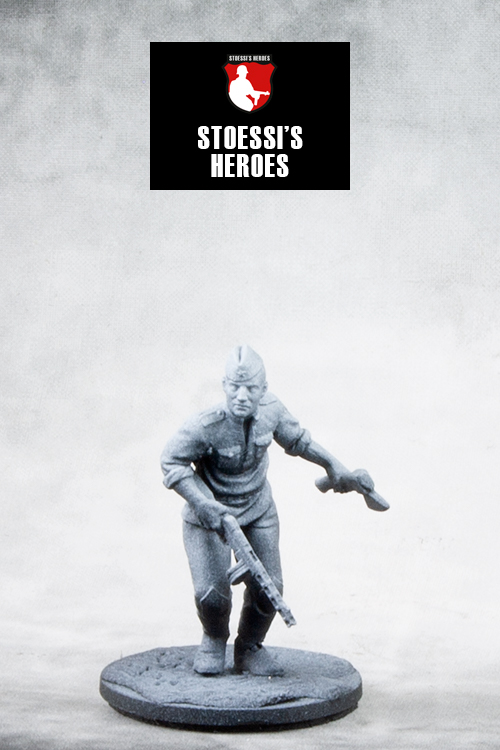 Soviet Cook Ivan Pavlovich 91st Tank Regiment
Serving as a cook for the 91st Tank Regiment of the Red Army, Ivan was cooking dinner one day in August 1941 when he noticed a German tank which had stalled in reach of the field kitchen. He was alone. Grabbing a rifle and an axe, Ivan waited for the crew to start to exit the tank.When they got out, Pavlovich charged, and the crew, seeing an axe-wielding Soviet running toward them, quickly got back into the tank and opened fire. Pavlovich climbed onto the tank and bent the machine gun barrel with his axe, then blinded the tank with a tarp and ordered his imaginary comrades to pass him an imaginary grenade. At this point the four man crew surrendered.

Soviet Cook in 28mm – great for Bolt Action and other WW2 wargames.

This miniature is cast in white metal* and shipped without a base.
Material: White Metal
# of parts: 3
Note: The miniature comes unpainted and requires assembly.