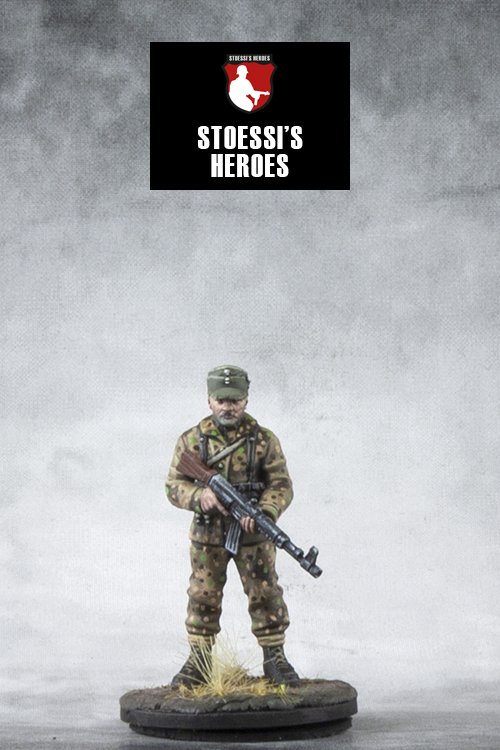 German Obersturmbannführer Otto Skorzeny
Otto Skorzeny was an Austrian SS-Obersturmbannführer during WW2. He was involved in a string of operations, including the rescue mission for dictator Benito Mussolini. Skorzeny led Operation Greif, in which German soldiers infiltrated enemy lines using their opponents’ languages, uniforms, and customs.
“My knowledge of pain, learned with the sabre, taught me not to be afraid. And just as in dueling when you must concentrate on your enemy’s cheek, so, too, in war. You cannot waste time on feinting and sidestepping. You must decide on your target and go in.” – Otto Skorzeny

German Obersturmbannführer in 28mm – great for Bolt Action and other WW2 wargames.