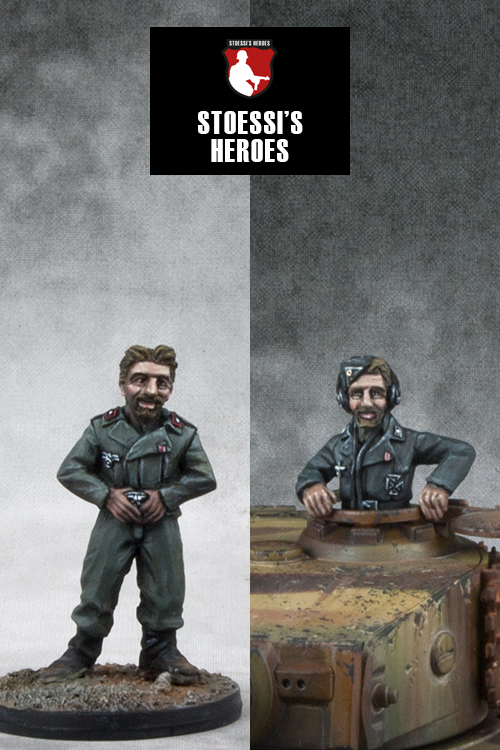 German Feldwebel & Panzer Ace Kurt Knispel
Kurt Knispel’s record lists 168 confirmed tank kills, making him the most successful tank ace of WW2. On one occasion Knispel assaulted an officer who he saw was mistreating Soviet POWs. Knispel had a tattoo, a goatee, and longer than regulation hair, but spite all of that his skills were never matched. At the age of 23 Knispel had more tank kills than Michael Wittmann, Ernst Barkmann or Otto Carius. Oddball from Kelley’s Heroes may have been a homage to Kurt Knispel… Read the full story:
http://worldwartwo.filminspector.com/2014/07/kurt-knispel-portrait-of-warrior.html

This miniature is cast in white metal* and shipped without a base.
Material: White Metal
# of parts: 3
Note: The miniature comes unpainted and requires assembly.