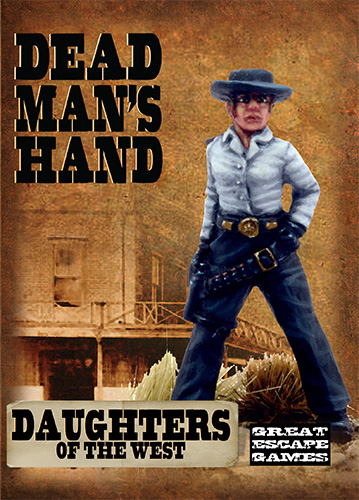 In a society that often treats them as a commodity or a mere plaything, some women have a strength of character that rejects a world of inequality at the barrel of a gun. Whether their former lives have been blighted by murder, servitude or dispossession, these “Daughters of the West” drive their own destiny in spite of the Old West’s misogyny and oppression. In a fight for natural justice, some may break the laws of men; in a fight for vengeance, some may break the laws of God.

Boxed gang of Female Gunfighters including special rules card, playing cards and bases. Rules for the Daughters of the West are available here; click on the image below.